This is my second trip to America this year, where I have had a platform to talk about the Strawberry Field project back in Liverpool.

The first trip was in and around Florida in February. I was touring with the Mersey Beatles, where previously, I had been promoting the city of Liverpool. For this tour, however, I have memory sticks, with a short video which encapsulates the Strawberry Field project, explaining briefly its history and plans for the future. At each show, I spoke on stage after screening the video, before the band performed…sometimes even forgetting to mention them at all!

During this tour, I was able to link up with people who will be important to showcasing SF. The first promoter was Joe Johnson, of Beatle Brunch. His programme is transmitted all over the USA and Canada, making his reach invaluable. Joe and I recorded an interview, which, along with the video, he is using to tell the SF story to his far and wide radio and podcast audience. 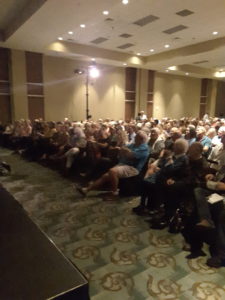 As a result of this and with the help of another wonderful lady, Gia Tutelo of Forever Family, we were put in touch with NBC. They are interested in making a documentary for MSNBC about the Strawberry Field Project before it opens..and they will be there again to record the official opening later this year.

The opening is set for early November at the moment, although the SF students will have decamped to the new site well before then.

The second trip was a bit different in nature and circumstance! A cruise ship! Norwegian Cruise Liners have franchised a Cavern Club on three of their ships, with a fourth in the offing. The resident Beatle band of the Cavern Club in Liverpool has been invited to perform their fabulous Beatles show in each of NCL’s Cavern Clubs.  This was their third sailing and my second. I have left the ship’s entertainment team with a memory stick with the video, as they would like to see how it can be incorporated into the shipboard Cavern Club media promotions.

Also, on this trip, I was invited to join a panel of three for a public event with subsequent Q&A. This gave me a platform to discuss SF. There were much interest and many questions. The other two panel members were the iconic authors and choreographers of the venerable Broadway dance musicals, ‘Fame” and “Footloose’, Dean Pitchford and Lynne Taylor-Corbett respectively. It was wonderful hearing their own stories about the origins of shows that we all love. Lynne writes for an online magazine, ‘Art and Politics’ and has suggested we do an interview about Strawberry Field.

Thank you The Cavern Club Beatles and NCL.

Thank you, Mark and the Mersey Beatles.

Thank you to the American Beatles tribute band, ‘The Fab Four’ who have taken an SF video, to be shown during each of their many shows across the States.

Thank you Joe Johnson and Gia Tutelo for responding so positively and willingly.

We are thanking all of you for inviting Strawberry Field right into your own fields. 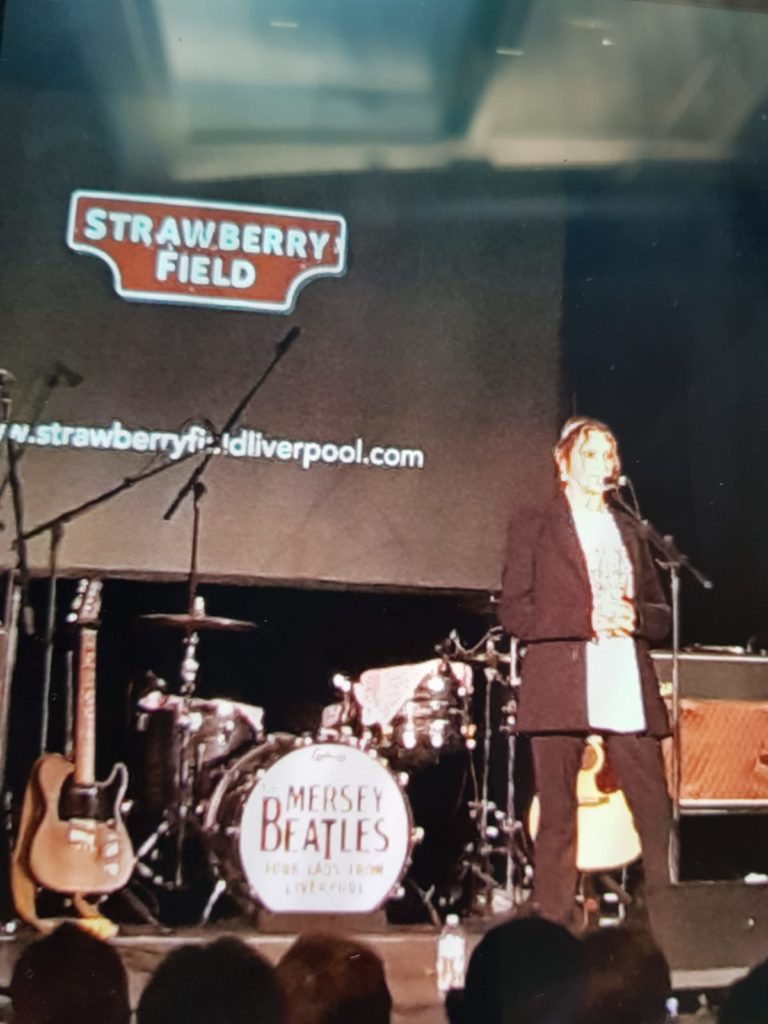